Trump Deceived into ’Mother of All Quagmires’ by Attack on Iran: FM Zarif 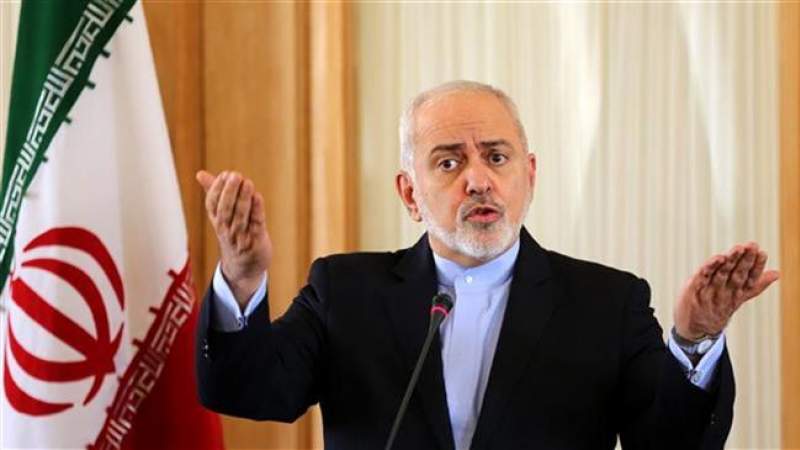 In a tweet late on Tuesday, Zarif blasted US Secretary of State Mike Pompeo as a “habitual liar” and said the American diplomat had “bamboozled” Trump into assassinating top Iranian anti-terror commander Lieutenant General Qassem Soleimani in the Iraqi capital of Baghdad earlier in the year.

Zarif said Pompeo was then seeking to deceive the US president and “sucker him into mother of all quagmires by leaking a new false alarm.”

The Iranian foreign minister was alluding to a report by Politico news magazine that cited unnamed US officials as claiming Iran was weighing to assassinate US Ambassador to South Africa Lana Marks before the American presidential election in November.

To double down on his assertion that the US secretary of state was a liar, Zarif also attached to his tweet the photo of Pompeo, a former CIA director, who admitted to an audience last year that the American spy agency trained employees to “lie, cheat and steal.”

In a tweet on Monday, Trump referred to “press reports” that Iran “may be planning an assassination, or other attack, against the United States” to avenge the assassination of General Soleimani in Iraq in January.

Trump further said, “Any attack by Iran, in any form, against the United States will be met with an attack on Iran that will be 1,000 times greater in magnitude!”

“We hope that they do not make a new strategic mistake. In that case, they will face our [and the] resistance [front’s] response,” Rabiei said, also advising the US to “avoid new adventurism.”

The Iranian government official also said the Trump administration assassinated General Soleimani who has been the “symbol of peace and fight against terrorism in the region,” emphasizing that this stigma would never go away and the Iranian people would never forget it.

The US assassinated General Soleimani, the commander of the Quds Force of the Islamic Revolution Guards Corps (IRGC), along with Abu Mahdi al-Muhandis, deputy head of Iraq’s Hashd al-Sha’abi, and their companions by targeting their vehicle outside the Baghdad International Airport on January 3.

The cowardly act of terror was carried out under the direction of Trump, with the Pentagon taking responsibility for the strike.

The two commanders were highly popular because of the key role they played in eliminating the US-sponsored Daesh terrorist group in the region, particularly in Iraq and Syria.

Vowing “harsh revenge” against the US, Iran launched missile attacks against the US-run Ain al-Assad air base in Iraq days later, in what top Iranian authorities described as a “first slap.”

According to the US Defense Department, more than 100 American forces suffered “traumatic brain injuries” during the counterstrikes. The IRGC, however, says Washington uses the term to mask the number of the Americans who perished during the retaliation.

The Iraqi parliament voted overwhelmingly after the two assassinations in favor of a law obliging complete withdrawal of all American-led forces from the country’s soil.